In the 2010’s, music consumption went through a revolution. We listened to it in more ways and more often than ever before. We played CDs, plugged into iPods, streamed Spotify, and spun vinyl records. We stumbled upon new tunes via our favorite TV shows, at department stores with the help of Shazam, on artists’ SoundCloud pages, in strangers’ playlists, and even (gasp!) still on the radio.

Bottom line: There are more ways to discover music today than at any other time in the history of recorded sound. Music’s delivery mechanism (album, song, stream, playlist, etc.) has become less significant. What does matter are the feelings the music evokes and the artists who can evoke them.

To mark the end of the decade, I’ve composed a list of 20 artists who felt most essential during that revolution. And for good measure (mostly because I couldn’t help myself), I’ve chosen 10 more songs that shouldn’t be forgotten. This is the music that soundtracked every aspect of my life, influenced the way I thought, and evoked countless emotions.

I hope it does for you, too. 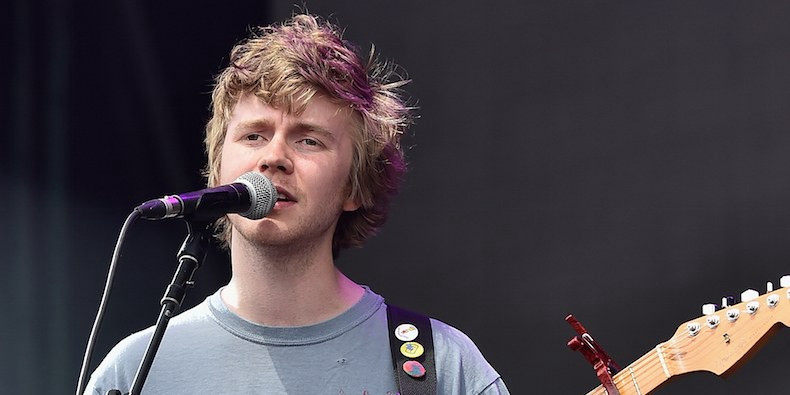 Pinegrove harken back to a nostalgic, pre-Internet era of indie music when to have knowledge of an artist was to possess a secret password. To own cheap shares of stock that you knew one day would be worth millions. To obsess with such undying ferocity that a band actually could be your life. When front man Evan Stephens Hall sings about word-finding impairments, 17th-century Italian Renaissance painters, and color theory as means of correspondence, brainy audiences recite each word as if it were scripture. When albums repeatedly reference imagery and cryptic symbols — cardinals, rectangles, rings, ampersands — fans get them tattooed on their bodies.

Their 2016 alt country-tinged, emo-rock album Cardinal is a compact marvel of liminal space — a crucible of waiting and not knowing, where profound personal transformation takes place once its terms are accepted. Old friends die, what goes unspoken confounds us, we learn to define what could not be defined, new friends arrive. Pedal steel, banjos, and warm harmonies lend a campfire intimacy, but uncertainty lurks in the song structures, with sudden endings (“Then Again”), tricky tempo changes (“Size of the Moon”), and an origami-like folding of musical suites into tiny vignettes (“Old Friends”). When Hall and audiences utter “So complicated/ I can’t wait to get explaining” in unison on “Aphasia,” it’s a shared mission statement that at once acknowledges and fulfills their mutual yearning for connection and understanding.

Hall’s subsequent scandal involving a #metoo allegation very nearly derailed Pinegrove, but his genuinely empathic response has since come to reaffirm the band’s ethos — a sense of unflagging earnestness and quest for personal betterment. It might all appear like caricatured group therapy were Hall not so goddamn genuine and the stakes so high. Vacillating between craving and relinquishing, headiness and physicality, Pinegrove epitomize an entire generation of believers — reflective, wounded, and ultimately hopeful.

As mouthpiece for a generation raised on the premise of being dealt a rotten hand when they had come to expect a royal flush, Lana Del Rey is defined as much by her limitations as her talents. She writes engaging songs while settling for the laziness of vulgarity. Her persona is magnetic and fraught with vapidity. She has carefully constructed a platform for articulating her capacity not to care.

Her stately, apathetic opus, Norman Fucking Rockwell!, is both articulate and crass, a hallmark for a lost generation who prefers Instagram to The Sun Also Rises. On “The Greatest”, Del Rey is both minstrel and wastrel: “The culture is lit, and if this is it/ I’ve had a ball…Miss doin’ nothing most of all.” Behind her #livingmybestlife veneer lurks a California perennially on fire, a country producing the beautiful and insane, and a planet growing hotter by the year. The whole thing feels fucked, but we can only file our nails and blog about it. This is what it means to be bored in the USA.

As far back as debut “Video Games” in 2011, Del Rey has pursued damaged, emotionally sequestered men. On “Happiness is a Butterfly”, she muses about a potential suitor: “If he’s a serial killer/ Then what’s the worst that could happen/ To a girl who’s already hurt.” It’s the narrative of someone who’s realized she can’t say “hit me up” without first uttering “hit me.” But Del Rey has learned to smirk at the absurdity of her choices, as well as rue the aftermath. Those sideways glances and whispers of inauthenticity that have dogged her entire career? They prepared and molded her for constructing her most important work. For a performer well-versed in the language of artifice, Norman Fucking Rockwell! is a towering feat of self-cognition.

Listen: “The Greatest” and “Video Games”

Deerhunter experienced bipolar shifts in mood and recording styles throughout the decade, from guitarist Lockett Pundt’s shimmering guitar melodies on Halcyon Digest (2010) to his greasy, backwoods stomp through the punk mire of Monomania (2013). All the while, Cox’s gentle mastery of melancholy reigned supreme: “Ever since I was born/ I have felt so forlorn” he hissed over jazzy dirge “T.H.M.” As the group’s edginess waned and their two ringleaders put more energy into excellent solo projects (Lotus Plaza and Atlas Sound, respectively), it became clear what a knife-juggling act Deerhunter had always been. Airy yet claustrophobic, radiant but brutal, Deerhunter captured the opposing poles of one of our most human conditions — the bleak despair and perverse joy found in being weird.

Listen: “Desire Lines” and “Back to the Middle”

In 2019, when a five-foot long alligator that had taken up residency in the Humboldt Park lagoon of Chicago was captured, it came as no surprise that a local publication’s online poll christened it neither Croc Obama nor Ruth Gator Ginsberg, but Chance the Snapper. Since 2012 mix tape 10 Day (recorded during a ten-day high school suspension for marijuana possession), Chancellor Bennett has aged into one of the Windy City’s most beloved cultural exports — a good-humored rapper with an observer’s mind, ingenious flow, and passion for sociopolitical activism; the sensible yin to Kanye’s batshit crazy yang.

An amalgamation of influences like West, Michael Jackson, and Billie Holiday, Chance nestles wisecracks with soul samples, peppers an eloquent vernacular with yelps and MJ-like vocal tics, and prefers jazzy horn arrangements over heavy beats. If critically-acclaimed Acid Rap’s wacky, high-as-fuck optimism made Chance a legend in the streets (it did), then 2016’s Grammy-winning gospel rap masterpiece Coloring Book slingshot him into the stratosphere.

Even more than the occasional smoke break (which Chance cherishes), he’s always pursued expressions of love — for God, for spouse, for self, and for transcendence — and filtered his world-weary insights through a lens of innocence. On piano and string lullaby “Same Drugs,” Chance allegorizes Peter Pan as tender backdrop for a lost childhood friendship: “When did you change?/Wendy, you’ve aged…/When did you start to forget how to fly?” It’s a daring, delightful, and genuine gamble from a rapper who embraces the sacred and secular, passes the bowl as willingly as the church collection plate, and takes joy in the act of seeking. Surrounded by earthly pleasures, Chance rightfully soars.

Sound matters to The War On Drugs’ Adam Granduciel. Slaved-over guitar symphonies Lost In The Dream (2014) and A Deeper Understanding (2017) are built on twin pillars of 70’s classic rock and droning psychedelia and defined by his pinched, nasally rasp that evokes Dylan and Springsteen. Sonic peak “Holding On” feels both vast and infinitessimal, expressing the permanence of pastoral Americana landscapes through Granduciel’s inner visions like fine-grained clockwork pacing out the inexorable march of the hours. It sounds both expansive and inward-facing, folksy and cosmic, the work of a throwback and futurist. It’s “Born to Run” for mere mortals who are running out of gas — a race to the afterlife.

“Red Eyes” is a miracle of motorik precision with a supercharged “Woooo!”; ballads “Suffering,” “Burning,” and “Disappearing” might sound like the Holy Trinity of self-flagellation, but their blues-ridden soundscapes are more like pilgrammages toward existential knowing. Over reverb-washed Wurlitzers and crisp drums, Granduciel explores escape, renewal, and the notion that going somewhere is more important than where you’re going and where you’ve come from. Dylan once said: “A song is anything that can walk by itself” —the War On Drugs’ songs positively strut. For the Boss, it was muscle cars, destinations, and the physical journey as liberation; for Granduciel, it’s an endless roadtrip down the center of the mind’s eye.

Listen: “Under the Presssure,” “Red Eyes,” and “Holding On”

This entry was posted on December 20, 2019 by Jeff Goodwin in Best of and tagged Best of 2010's, Chance the Rapper, Deerhunter, Lana Del Rey, Pinegrove, The War On Drugs.