I first heard this track in the depths of a sweaty Dublin discoteque and never forgot it’s power. Initially, the song’s slinky, helicopter-like riff induces a hypnotic calm on the dancefloor, but as club-goers settle, it cleverly shapeshifts into an off-kilter backdrop for a monstrous bass line that brings the house down. When the smoke clears, the whirring begins anew and the madness repeats. That circular rise and fall makes “Doom’s Night”” a DJ’s ultimate weapon — the song that gets the audience off over and over again. 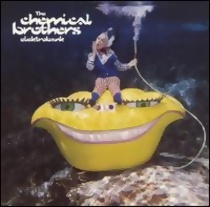 Grimy and propulsive, this is Big Beat at its best. The Chemical Brothers blend technology and samples into a track so organic-sounding it practically sweats. The Keith Murray line is brilliant because 1) its percussive drawl fits perfectly in between the beats and 2) the words “psychedelic funkin”‘ (along with that more well-known catch phrase “block rockin’ beats”) are a perfect description of the genre-defining sound that Simmons and Rowland invented in the mid 90’s. For a track with nearly 300(!) samples, its groove is devastatingly to the point. Listen on headphones and you’ll hear layers of explosions, chimes, bongos, and sirens, but over speakers, “Electrobank” flat out kicks your ass.

Leftfield are known as one of the forefathers of progressive house, becoming the first to incorporate elements of dub into their blend of techno and house. “Song of Life” becomes a classic when it leaps from a mid-tempo reggae swing to four-on-the-floor burner, featuring the kind of masterful in-song transition and crisp production values that became a hallmark of the British duo’s work. Leftism, their first full-length album, remains a massive influence for many electronic artists.

This track made Jurgen Paape one of the darlings of the German techno label Kompakt, and rightfully so. I actually prefer the version that opens Erlend Oye’s DJ Kicks, (which I’ve included here) because it’s shorter and sweeter, and the singer’s voice crackles with analog warmth. Mark Richardson from Pitchfork called “So Weit Noch Nie” a “perfect” track and while I wouldn’t go so far as to label it the Sistene Chapel, the song’s gorgeous vocals and bouncy synth pulse paint a vision of crystalline, minimalistic beauty.

After a decade and a half, the sound of this song’s ferocious opening hook followed by Karl Hyde’s call for “everything, everything” remains the highlight of the band’s live shows, which speaks volumes considering the quality of their catalog. Hearing Underworld play “Cowgirl” lin concert is a lot like hearing Beck play “Loser” or Radiohead play “Creep” — it may not be the band’s best song but it’s the one that put them on the map, and it’s now achieved near mythic status. The instant the beats drop away and the cry for “electric stream” reverberates from the speakers is a moment that still sends chills up my spine.

This entry was posted on July 8, 2008 by Jeff Goodwin in Best of, Electronica and tagged Electronica.