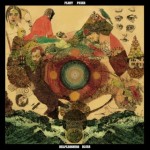 For nearly three years, Fleet Foxes have wrestled with how, where, and when to make the sequel to their critically acclaimed, self-titled debut. Lead singer/songwriter Robin Pecknold and his band mates changed recording studios several times, were plagued by writer’s block and internal second-guessing, and even went so far as to completely rerecord the entire album when they were unhappy with its sound. It got really bad when Pecknold’s girlfriend ended the couples’ five-year relationship because the process of making the album became so painful.  “It was just really tough. There was so much riding on it for me personally” Pecknold acknowledged. “I think at a certain point I did lose my mind.” Knowing this ordeal is integral to understanding the record’s remarkable character.

Whereas Fleet Foxes was a joyful, airy homage to the riches of nature played beautifully in what the band has labeled a “baroque pop” style, Helplessness Blues is a decidedly darker and more difficult affair that bears the mark of personal struggles and hard labor. While there’s still a near-spiritual reverence for nature, it’s tempered with feelings of regret, doubt, and existential loneliness, the sort of things you only find in the hearts of men. But the record is better for it. You may need to spend significant time questioning and even disliking Helplessness Blues before it reveals its gifts to you, but given that its creation is forever connected with human suffering, that price is only fitting. 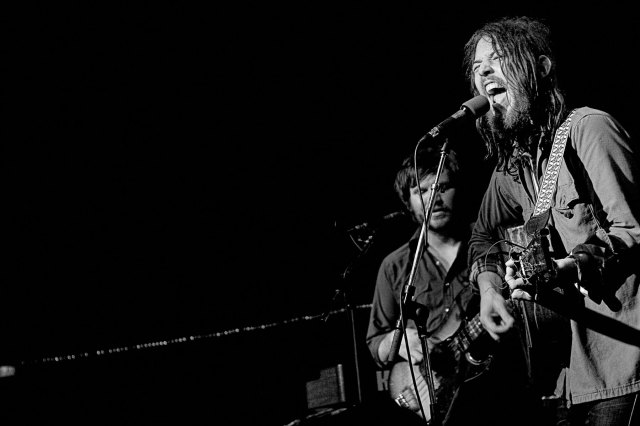 Fleet Foxes’ indie folk sound is still immediately recognizable and that’s largely due to Pecknold’s uncanny voice, which if it had a precedent, would be that of Neil Young’s in his early 20’s, the kind of austere, shivery wail that carries with it the weight and weathered character of a man thrice his age. Album opener “Montezuma” is thus Pecknold’s “Old Man,” a young man’s prescient perception of his mortality. Over a chiming guitar, Pecknold ponders how his own deathbed moments might unfold: “I wonder if I’ll see any faces above me/ Or just cracks in the ceiling.” Pecknold is only twenty five but you can hear the wonder and longing when he cries “Oh man what I used to be!” He’s an old soul.

Impermanence is a recurring theme on Helplessness Blues. “Lorelei” is a tender waltz that reveals the narrator’s painful revelation (“I was old news to you”) after the girl he loves abandons him. On “The Plains/Bitter Dancer,” the Reaper is an actual person who settles into a room in the town. The eclectic song is three verses without a chorus, held aloft by a prayer-like, wordless intro and a gorgeously uplifting coda in which Pecknold finally comes to terms with death’s enduring presence: “At arm’s length, I will hold you there.” Over warm, tender chords, it sounds marvelous. It’s these darker, more complicated meditations on human frailty that, when juxtaposed with Fleet Foxes’ signature imagery of the earth’s splendor and immutability, add shadows and depth to their vision.

As for Nature, it’s omnipresent once again; both the Sun Giant EP and Fleet Foxes were filled with references to mountains, woods, the seasons, and celestial bodies — Helplessness Blues explores the same themes, but in the context of baser emotions and more earthly endeavors. On the title track, Pecknold proclaims “If I had an orchard, I’d work ‘til I’m sore” with a kind of weary satisfaction that hints at the peace of mind found in simple pleasures — a good day’s labor working with your hands, enjoying the taste of a delicious fruit, laying down in the warm sand.

It’s as if Pecknold had channeled his own toil and suffering into the very essence of the works of man and embedded it into the fabric of the record.   Even the album’s eclectic musical embellishments, more diverse than previous works, suggest a down-to-earth pragmatism — the quaint violin on “Bedouin Dress,” a music box on “Lorelei” and wind chimes and flutes on “Grown Ocean.” For me personally, these sounds and lyrics together conjure up childhood memories — daydreams by the beach, adventures in the woods, summer afternoons spent with a grandparent long gone. Like the album, they’re beautiful and bittersweet.

Ultimately, that alignment of sonic and visual aesthetics is one of the band’s most appealing characteristics. The classic folk instrumentation, Peckold’s clarion voice, and recurring themes in nature invoke visions of things unspoiled, timeless and elemental. “Grown Ocean” finds Pecknold letting go of his fears and yearning for something unspoken and majestic. “In that dream I could hardly contain it/All my life I will wait to attain it.” Much of Helplessness Blues is a restrained affair but here Fleet Foxes finally let go of the reins, and you feel lifted off the ground, unfettered. 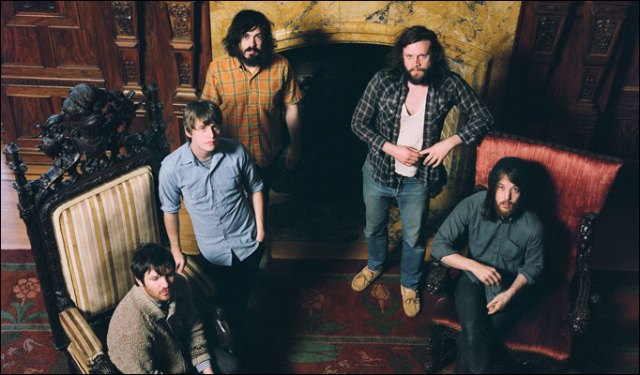 As a whole, Helplessness Blues is a quieter and more measured than Fleet Foxes. It sounds pretty, even gorgeous at times, but there’s less variation in soft-loud dynamics and song tempos. There are times when it seems like the band might explode in glorious joy, like on the acoustic build-up midway through “Sim Sala Bim,” but instead they trail off in a whisper. Only on “Grown Ocean” does the band let loose with the kind of heart-pounding, drum-laden crescendos that were carefully positioned all throughout their debut. One of the greatest qualities of Fleet Foxes was its delicate balance of rapture and restraint. Helplessness Blues‘ more subdued tone is obviously purposeful, but I couldn’t help but feel disappointment over what might have been had Fleet Foxes pushed these songs to more stirring conclusions.

But perhaps that’s the plan. Without adequate time to take it all it, criticizing a record like Helplessness Blues for being too solemn is akin to finding fault with a calm lake, a hazy sunset, or autumn foliage that’s less than dazzling. Some things, even when diminished, have an intrinsic, unmistakable pull. In his seminal work “Nature,” Ralph Waldo Emerson advised: “Adopt the pace of nature; her secret is patience.”  With Helplessness Blues, Fleet Foxes have settled into the same mysterious cadence, slowly unfolding before us. You get the sense that out of all their peers, Fleet Foxes are most likely to be around a long, long time.

This entry was posted on May 3, 2011 by Jeff Goodwin in Fleet Foxes, Reviews and tagged Fleet Foxes, Helplessness Blues, Indie Folk.