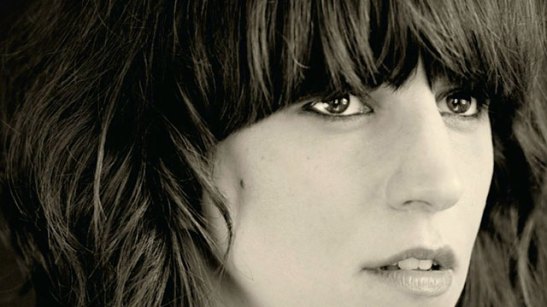 Eleanor Friedberger is better known as one half of The Fiery Furnaces, the indie rock sibling duo known for their guitar-heavy sonic experiments and behemoth, multi-instrumental compositions. So it’s a clever transformation for her to shorten and sharpen the Furnaces’ 10-minute meandering rock excursions into the quirky little tracks on her solo album Last Summer; they resemble tiny strands of accessible pop threaded through the eye of the indie needle. Apart from her brother Matthew, she sounds almost unencumbered, a musician finally letting her formidable pop instincts breathe.

Friedberger’s songs feel like a rotating turnstile of projector slides — every few seconds a new picture drops in to tell a loose, almost free-associative story of her adventures last summer, the sum of whose fractured parts is greater than the whole. There’s numerous New York City locales (an obscure inn, bars and restaurants, a subway car, Owl’s Head Park, and Roosevelt Island) and a constant theme of motion — Friedberger is riding her bike, strolling through the city and traveling by train.

What’s special about “Roosevelt Island”, the album’s chugging, beating heart, is not only does it describe that sensation of movement, it makes you feel it, too. The chorus speeds by with throbbing bass funk and a “Superstition”-style clavinet riff, then switches to a whirring synthesizer, then adds a stirring piano riff, ever ascending.  Friedberger is transfixed by sights that race by her window during a gritty Brooklyn subway ride: “It doesn’t seem like anything could be better than that/Riding that train” Friedberger marvels in her half-sung, half-spoken vocal style — that is, until she steps outside into the sunlight and the euphoria peaks. “Oh, it goes and it goes” she says breathlessly. You go with it. 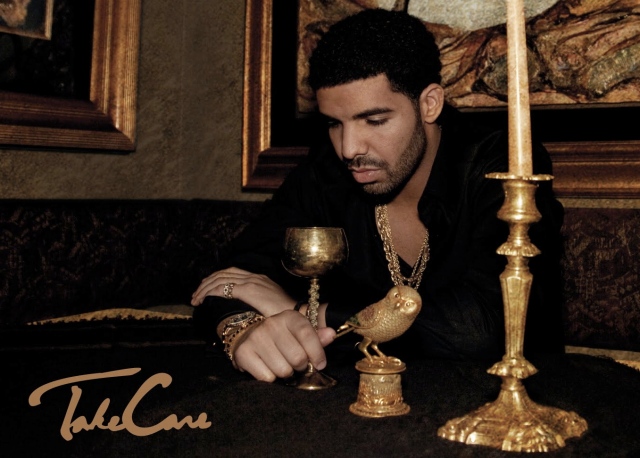 Is this what life’s come to for Drake? His evenings are now spent wearing jewelry by the shitload and moping over a golden goblet of XO on a bear rug tablecloth. Heavy weighs the crown, indeed. Yes, the cover of sophomore album Take Care is ridiculous, but you can never accuse Drake of writing about anything other than his reality. In regard to his meteoric rise to stardom and riches, the Toronto rapper admits: “I can (no longer) be that kid that wants it, ’cause I have it, so I have to tell you now about having it.” And tell us he does with great exuberance.

What makes things truly interesting is that not just the vivid tales of excess — drinking too much, sleeping with too many women and “having a hard time adjusting to fame” — but how accurately he describes the ugly feelings that come with the territory.  On the dark, claustrophobic “Marvin’s Room,” Drake recounts a drunk-dialing episode gone wrong amidst a haze of booze, lust, and regret; it’s a fearless exercise in self-deprecation that few other rappers would even attempt. But it sure goes down smooth; Drake has a sweet, syrupy flow that ends up half way between sly rap drawl and R&B croon. He deftly switches speeds and phrasings, elliptically orbiting around the beat, yet always touching back down on the melody in perfect pitch.

Dense, moody, and muffled, producer Noah “40” Shebib’s mixes favor deep sub-bass, warm chords and string embellishments that prop Drake’s vocals up on a velvet pillow of sound.  Album opener “Over My Dead Body” is a microcosm of that aesthetic, with a lovely piano hook set slightly askew by an obsessive admission:  “I know you don’t love me, baby/They’re trying to take you away from me/Only over my dead body” And that’s just what Drake’s woman is singing to him. It’s all here on Take Care — twisted romance, paranoia, and a signature balance of braggadocio and pathos.  Join the party. 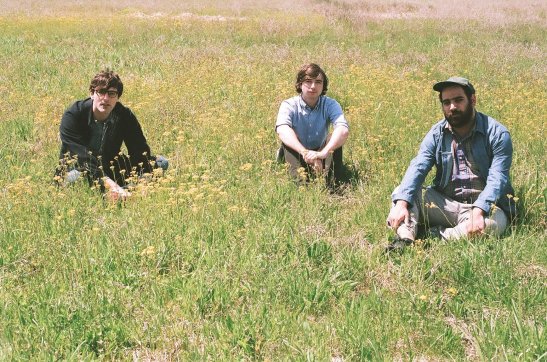 On their excellent sophomore album, New Jersey quartet Real Estate use singular chiming guitars to drench their songs in a shimmering, vibrato-laden haze. Days possesses the same ethereal drowsiness as albums by the Clientele, Luna, and Galaxie 500, all of whom employed the tremolo pedal to similar effect. Real Estate’s songs have a way of blending together, but that’s not an entirely unpleasant thing; it has a soothing, almost narcotic effect that tends to permeate the best of dream pop music, rewarding repeat listens like a reliable, luxurious buzz. The melodies are light-hearted yet plaintive, like rainy day music wrapped in a ribbon of sunshine.

For three fleeting minutes, “It’s Real” brightens that fog with sharp snares, arpeggiated electric chords, and an unforgettable, high-soaring chorus of “whoa oh oh ohs.” Singer-guitarist Martin Courtney reveals: “I carved our names upon a tree, I walked on decomposing leaves,” juxtaposing his earthly desire for permanence against nature’s firm promise that nothing ever lasts for long. That axiom serves as a wonderfully nuanced counterpoint to Courntey’s more straightforward discovery — even if nothing else in the world is certain, his feelings for his lover are real. It’s an optimistic moment on an album whose signature lyric might be “I’m not OK, but I guess I’m doing fine.” Welcome to Real Estate — purveyors of sadness made beautiful. 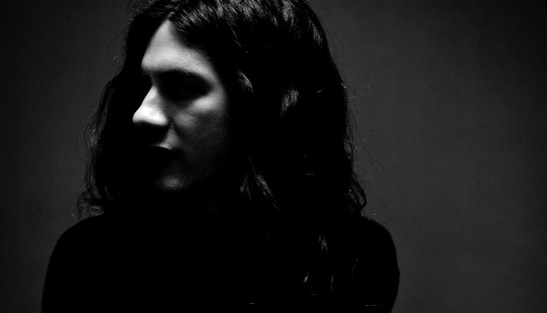 Kurt Vile bears the features of his impressive musical lineage, including Lou Reed’s streetwise proto-punk sneer, the Stones’ countrified rock jangle, and the lo-fi indie hiss of Sebadoh and Guided By Voices (although Vile mostly sheds that last one on the well-produced Smoke Ring For My Halo.) But judged purely on his lyrical strengths, Vile is as much indebted to the blues as any other genre. Whether finger picking an acoustic or furiously barking out Deep Purple-esque riffs (check out “Puppet To The Man”), Vile is often celebrating a life lived on the cusp of despair. “My whole life’s been one long running gag” he laughs on “Runner Ups”, a song about, you guessed it, being permanently in second place. Disappointment is such a catalyst for Vile that you can hear both excitement and ennui when he snarls: “Sometimes I’m in a rut so much/I don’t want it to end.”

But don’t let the shadows on Vile’s third album scare you — there’s scores of achingly gorgeous moments, too. “In My Time” is a wry self-examination of Vile’s young life that brims with both wistfulness and discontent. “In my day I was young and crazy/Sure I didn’t know shit, but now I’m lazy” he admits, but then later confesses “I know when I get older/I’m dying.” It’s uncertain whether Vile prefers his past, present or future, but they all sound as equally forlorn as this song is lovely. It’s one of finest pairings of breezy chord changes and emotionally bleak Americana since Freedy Johnson’s mid-90’s gem “Bad Reputation” and just one of several bittersweet reasons to fall for Smoke Ring For My Halo.

See also “Baby’s Arms” and “Smoke Ring For My Halo” 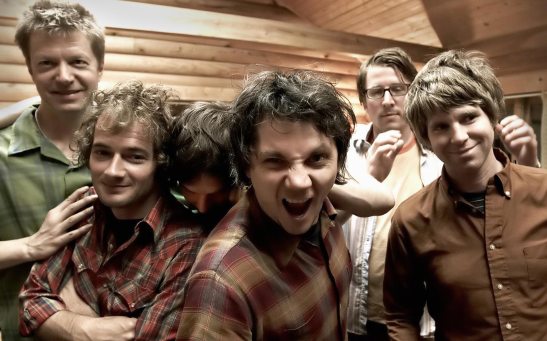 Apparently, Wilco’s “I Might” pinches a sample from the Stooges’ “TV Eye” from but you’d swear Jeff Tweedy and company wrote it from scratch. All the vintage elements of a great upbeat Wilco song are there, including the heavy (a taut, acoustic guitar line and distorted fuzz bass) and the light (carnival keys, twinkling chimes and feathery “doo da doo da doo dooohs”) and, of course, those sublime chord progressions. Tweedy’s biting snarl adds weight to the defiance of a dad-rocker who’s damned if he’ll go soft.

After what he’s been through — enduring the pains of band break-ups, depression, and substance abuse  — he’s qualified and even entitled to talk about being “high as the stinking sun” and “pissing blood.” Tweedy doesn’t sound so much nostalgic as he does defiant. The Whole Love, Wilco’s eighth studio album, is Wilco’s strongest album in a decade, and “I Might” feels like Tweedy’s resistance of the slow descent into the mediocrity of middle age — a time when the days crawl along and the years fly by. “You won’t set the kids on fire/But I might” Tweedy winkingly suggests. Don’t doubt him.

This entry was posted on December 14, 2011 by Jeff Goodwin in Best of and tagged Drake, eleanor friedberger, I Might, In My Time, It's Real, Kurt Vile, over my dead body, real estate, roosevelt island, Smoke Ring For My Halo, take care, The Whole Love, Wilco.