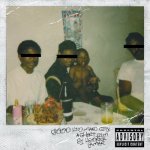 On its cover, good kid, m.A.A.d. city is actually subtitled “a short film by Kendrick Lamar.”  In many ways, it is. More than just writing a collection of great songs, Lamar uses cohesive thematic elements and between-song dialog to weave a vivid, inner narrative into the fabric of good kid, m.A.A.d city. It’s both an embrace and rebuttal of thug life, one sprayed with bullets and adorned with prayer, in which Lamar recounts his escape from the ills that plagued his youth (alcoholism, drugs, violence and poverty) and shaped his adulthood. Ironically, Lamar does so with such persuasive lyrical command, unforgettable imagery and compelling melodic hooks that good kid, m.A.A.d city becomes almost a celebration of the elements he survived. In the process of thanking God for getting him out, he’s inviting us all back in. It’s this brilliant contradiction that allows good kid, m.A.A.d city to luxuriate in the very miasma of decadence it condemns. Musically, lyrically, thematically and emotionally, it already feels like a stone-cold classic.

Sonically, good kid, m.A.A.d city is a wonderfully textured album, due in large part to Dr. Dre’s vaunted production work. Say what you will about Dre’s near comical inability to deliver on Detox; when inspired by a blazing protégé like Snoop Dogg, Eminem or Lamar, he more than rises to the occasion. The album blends jazzy guitar riffs, that unmistakable west coast G-funk synth whine and chest cavity-shaking bass. There’s a crackling intimacy to the snippets of dialog interspersed with the tracks that feels immediate, yet never comes off as invasive — like you’re getting a private peek into the lives of real people. The character sketches are rich and captivating.

On “The Art of Peer Pressure,” Lamar professes to being a peacemaker, drug-free and never violent. That is, except when he’s “with the homies” as they smoke blunts, terrorize rival gangs and conduct home robberies. It’s a delicious contradiction, the painful humor of which is not lost on Lamar or his audience. He adds a visceral feel to the narrative’s details — the way his smooth flow slides around the song’s slippery corners lends a masterful, out-of-breath urgency to his tale of outrunning the cops — but blends it with a mindful awareness. He knows how messed-up his life has become.

Darkly destructive, “Swimming Pools (Drank)” recalls Drake’s “Marvin’s Room” for its ominous, daring exploration of the toll alcohol abuse takes on young black men. “Why you babysitting only two or three shots?/ Imma show you how to turn it up a notch/ First you get a swimming pool full of liquor/ Then you dive in.” he romanticizes, all the while getting faded. Lamar wrestles with his conscience and demons as he teeters on the precipice of addiction. “All I have in my life is my new appetite for failure” he concludes. Although purple drank and indo have practically become totems within rap’s social community, this song acknowledges their monstrous burden.

Throughout the course of the songs and skits, you slowly piece together good kid, m.A.A.d city‘s underlying story — boy meets girl, visits her in a different neighborhood, gets jumped by a rival gang, retaliates with friends (one of whom gets shot and killed), then makes a decision that will forever change the direction of his life. It jumps around in time like Pulp Fiction, employing a non-linear storyline and switching between narrators, including Lamar, his assailants, his homies and family. The album’s opening prayer foreshadows a climatic redemption scene while the very last line “Mom, I’m taking the car keys, be back in 15 minutes” takes you right back to the beginning of Lamar’s fateful trip to Sherane’s house in Paramount. That recursiveness and the album’s smooth listenability make it a shoe-in to spin over and over again, like some stunning, cyclical morality play from the streets. Even after dozens of listens, you catch new things, and the story’s foregone conclusion still has you on the edge of your seat.

Even more of a testament to Lamar’s songwriting is the way he can weave club bangers like “Backstreet Freestyle” and “Compton” into the album’s sweeping narrative arc. “Compton, Compton/ Ain’t no city quite like mine”  belts out Lamar on the album-closing duet with Dr. Dre, who sounds positively reborn as a rapper. “Compton” is the summation of all that’s come before on good kid, m.A.A.d city  — a glorious shout out to a proud city and the moment where Lamar fulfills the promise (and literally fills the shoes) of the rapper he’s idealized and been compared to most, Tupac Shakur. The talk box vocal effect on the final verse is a clever nod to Dre/2Pac jam “California Love” that’s as smile-inducing as it is chilling. You see, unlike 2Pac’s his holographic presence at this year’s Coachella, Lamar is flesh and blood, singing for all the ghosts he once knew. 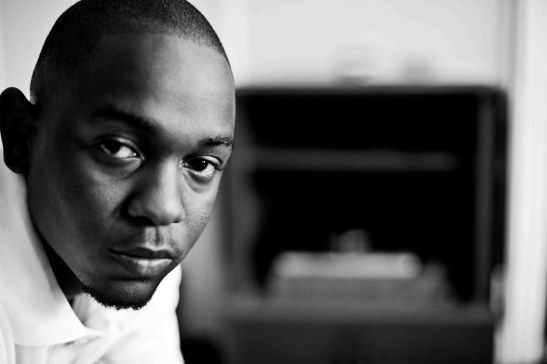 Stunning 11-minute centerpiece “Sing About Me, I’m Dying of Thirst”  blends a softly-plucked jazz guitar figure and steady rolling percussion, lending a gentle, bittersweet lilt to Lamar’s homage to friends who never made it out of the hood.  Across three verses, Lamar assumes the role of different narrators — the brother of Kendrick’s slain friend, a girl whose been forced into prostitution and finally himself — with poignant acumen. “Promise that you will sing about me” is the plea they all share, a dying wish from voices that are either cut short, fade to oblivion, or in Lamar’s case, live on.

It’s fitting that the song’s final sermon to Lamar and his friends is voiced by the great African American poet, Maya Angelou. She once wrote: “There is no greater agony than bearing an untold story inside you,” and good kid, m.A.A.d. city is Lamar’s cathartic release. It’s the sprawling love letter to his hometown, spattered with blood, the names of the fallen and evocative street poetry. By the time Lamar shares the fears of his own tombstone lament, asking “Am I worth it? Did I put enough work in?” we already know the answer. Yeah, Kendrick. Yeah, you did.