More so than ever before, 2012 was a year of astonishing variety in music. From rap and R&B, to indie rock and left-field pop, to dubstep and experimental electronica, 2012 had a little bit to offer to everyone, and it’s evident in this year’s wide-ranging best of list. This isn’t a “best albums” or “best songs” list per se — rather it’s a list of the artists themselves, ranked by likeability, listenability, and overall influence of their work in 2012. I hope you enjoy it.

Apparently, four top 100 Billboard singles (two in the top 15) is what a quiet year sounds like for Kanye West. Compared to 2010’s opus My Beautiful Dark Twisted Fantasy and last year’s high-profile Watch the Throne album with Jay-Z, Cruel Summer was viewed in most circles as a step down for Yeezy, although, in many ways it’s just a step aside. Released officially under the G.O.O.D. Music moniker, Cruel Summer contained collaborative efforts of West and several protégé rappers including Big Sean, Pusha T, and 2 Chainz. Rather than featuring West as the lead scorer on the team, G.O.O.D. Music is all about him facilitating on the break, coaxing moments of greatness out of lesser players, and notching triple doubles in the background.

For the most part, he gets the job done. Cruel Summer’s second half is disappointing, but its early run of singles “Cold,” “New God Flow” and “Clique” is impressive for its consistency. “Mercy,” with its infectious dancehall sample and unexpected club-beat breakdown, stands among the best records in West’s catalog. Even in that song, his cohorts’ contributions are by turns superb (Big Sean: “Build a house up on that ass/That’s an ass state”) and cringe-worthy (Pusha T: “That white frost/On that pound cake/So your Duncan Hines/Is irrelevant.”). What holds it all together is the production efforts, braggadocio and sheer magnetism of Ye himself — only he can land a chick like Kim Kardashian then sneer out the line: “Yo, my bitch make your bitch look like Precious.” His ubiquitous line-filling “hehs!” are threatening to become the most annoying vocal tick since Michael Jackson’s “Shamone”, but for now we’ll take it. Kanye remains one of rap’s most precious commodities — a sure-fire hit maker. 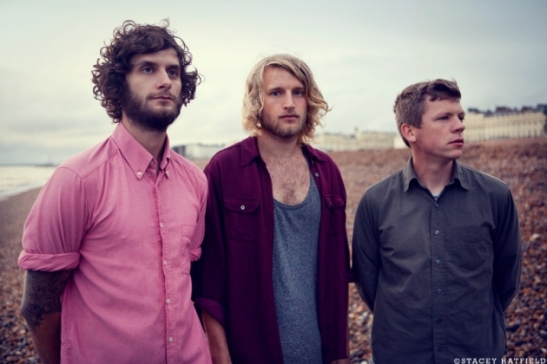 The best songs on Tall Ships’ debut LP Everything is Touching are built like airplane runways, with a slow, irrevocable build-up, a sense of moving ever forward and that delicious moment when the whole thing leaves the earth behind. Opener “T=0″ has a corkscrew guitar riff that lances outward like a table saw, serrating the song into neatly arranged melodic shards. It’s savage yet fearsomely precise, recalling Chavez’s seminal “The Guard Attacks” in both tone and vigor. At 2:08, there’s a lovely moment when the entire song holds its breath, then snaps back into place as front man Ric Phethean sings over airy synth notes: “The space we fill/ Is infinitesimal.” Like the band itself, these moments are tiny but leave a huge impression.

The Brighton, UK trio sound have the enviable trait of sounding twice their size. Guitarist Phethean and bassist Matt Parker spin like whirling dervishes from instrument to laptop to loop pedal to sampler, all while drummer Jamie Bush flexes like a tightly knotted muscle of syncopation. He’s the essential human element in their digital compositions, not so much keeping time as destroying his kit with abandon. Tall Ships combine the acute melodic angles of their math rock forebears (Battles and Foals) with surging pop hooks and a pugilistic rhythm section reminiscent of mid-aughts post-punk revivalists (Franz Ferdinand and The Futureheads) — urgent, imminent, but never quite frantic. Chances are you may not have heard of Tall Ships, but given their ability to write superb songs that can fill huge places, that’s all about to change.

(composed from an article previously written for ByVolume) 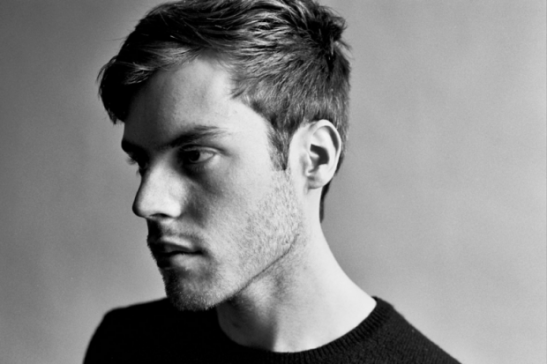 “She is so lovely she makes me high” Jack Tatum sings wistfully about a girl on Wild Nothing’s sweet-sounding second album Nocturne, but he could as easily have been talking about one of his songs. Turns out, hearing a sublime melody is a lot like watching a gorgeous woman walk into a room; no matter how often it happens, you experience a visceral, biological reaction every time.  The Smiths’ Johnny Marr made a career out of emblazoning mopey, ennui-ridden tales with these kind of melodies — the ones that made your hairs stand on end and blood vessels dilate — and nowadays a new crop of indie bands like Real Estate, the Radio Dept. and Wild Nothing practice the same airy, dream pop wizardry.

If lead track “Shadow” is the blonde stunner that everyone falls for, then title track “Nocturne” is her more mysterious and darkly dazzling sister. Depending on your mood, either one captures Tatum’s quandary of romantic entanglement with forlorn lines like “All that I can do/ Is give my shadow to you” and its achingly stated reversal “You can have me.”  At the end of “Nocturne,” Tatum smartly plays an old Bryan Ferry trick (see Roxy Music’s “Over You” and “More Than This”) by dropping the lyrics and letting the melody stand alone as the ultimate expression of his longing. It works wonders. In a year where artists like Bat For Lashes, Twin Shadow, and DIIV mined 80’s tropes to create a reverb-laben, synth-heavy pop sound, Wild Shadow rose above pure atmosphere on the strength of Tatum’s songwriting and ear for melody. “Nocturne,” his finest work, feels both of the moment and timeless. 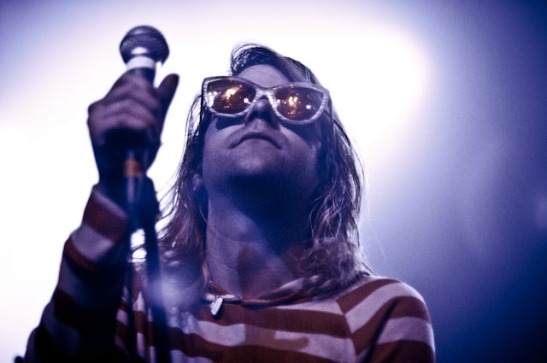 Ariel Pink makes peculiar pop music that sounds like its from best and worst parts of 1979 — new wave, funk, yacht rock, glam, and soul.  So it’s fitting that “Baby,” the first single off of Mature Themes, really was written in 1979 by the Emerson Brothers, Joe and Donnie, both child prodigy musicians. If ever an obscure track deserved to see the light of day again, it’s this one from cult classic Dreamin’ Wild. Originally recorded in a makeshift studio in the boys’ Washington home, “Baby” is a subdued yet smoldering hymn that feels strangely soulful considering it sprang from white, adolescent loins. Similar to Pink’s chilled-out, hedonistic hybrid rock, it’s a weird, sweaty stew of disparate ingredients that by all rights shouldn’t sound half as good as it does.

Pink’s cover pumps up the steam of the original with subtle touches like the Flamingoes style “Shh-bop, shh-bops” and the gravelly croon of guest singer Dam Funk. Check out Funk’s salacious little chuckle at 2:14 following the line “Feels so good I wanna get that right” —-  his vocal take practically oozes with libido. “Baby” aims right for the erogenous zone, an area Ariel Pink is well-versed in on spacey tracks like “Symphony of The Nymph” and “Is This the Best Spot?”, and hits its mark. It’s placement as Mature Themes’ closing track is perfect — just when Pink’s experimental urges threaten to take the album off the rails, “Baby’s” worldly pleasures bring it back to earth. Says Pink of the Emerson Brothers’ original: “It has been a staple on just about every playlist/mixtape I’ve assembled in the past 3 years. It is nothing short of sublime.” So is this version. It belongs on yours.

See also “Only In My Dreams”

Luxury Problems explores polarizing extremes — white vs.black, high vs low, feathery light vs. crushingly dense. The gentler parts are courtesy of Alison Skidmore, an operatically trained singer who originally taught piano to electronic composer Andy Stott when he was a teenager. At Stott’s request, Skidmore provided an assortment of a capella melodies, which Stott looped, chopped, and used as the foundation for Luxury Problem’s songs. She’s a crucial addition to his formula, a gossamer webbing draped over the gaping maw of subterranean, sonic tunnels Stott grew adept at digging on last year’s EPs Passed Me By and We Stay Together. His four-on-the-floor cadences imitate the mechanized hum and whir of industry — metal on metal, factory floor noise, and earth shaking jackhammers. They’re built not so much on beats as low tones that pulverize the air. It’s sub-bass in its purest form — the kind made not for dancing to but for swimming in.

Skidmore’s singing serves as the human soul to Stott’s digital grime. The cognitive dissonance between her ethereal vocals and the cavernous low end is strikingly uncomfortable, but like a car crash, it’s difficult to turn away from. The title track has moments when a surprising club beat sneaks into the mix, almost like Stott is peeling back the velvet curtain at one end of an S&M chamber to let in strains of music from the discotecque one room over. “Hatch the Plan” evokes images of a porcelain angel precariously hovering above the void. Skidmore chants icily: “Waiting for what’s below/ Sun’s about to explode.” Luxury Problems’ cover image of a diver frozen in mid-air is apt — the proceedings are sleek, muscular, and fraught with danger, with more than just a hint of something enormous beneath waiting to swallow you.