To quote the irascible Isaac Brock: In 2017, “opinions were like kittens. I was givin’ them away.” It seems we all were. Whether by Tweet, FaceBook post, Instagram pic or Snapchat, everyone from the President to that asshole in the cubicle next to you had something to say about their status and that of the world. And although our opinions differed dramatically on the reasons why, most of us can agree that 2017 felt like we had all gone to hell in a hand basket.

But as usual, music saves us. It saves me anyway. As often as our collective sense of normality strains at the seams and society’s traditional comforts unravel like old, tuckered-out sweaters, there will always be remarkable musicians making albums and songs that speak to us in a timeless, irrefutable fashion. It reminds us that human excellence (in some shape or form) is not just attainable, but, in fact, still inescapable in our weary world.

And so, in keeping up with trend of passing judgment, here’s ten artists/songs/albums that made my 2017 a bit more palatable. I’d like to say this is less a “best of” list and more of a “time capsule” of 2017, but who am I kidding? I’m far too well-versed at opinion-making to pretend otherwise. 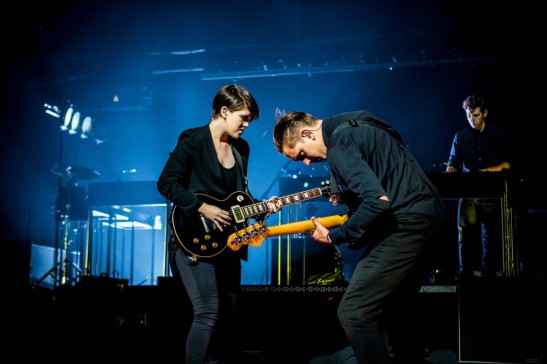 “Say Something Loving” is vintage xx — two estranged souls grasping for one another and just missing. But it’s not so much in the dark anymore; I See You, aptly named, cracks the door open and lets in the light. And as the band’s somnambulent sound has evolved (see the upbeat horns on club banger “Dangerous,” and brighter, more recognizable samples on “Hold On”), so too has their emotional sentiment.

“Say Something Loving” isn’t the sound of hungry neediness anymore. It’s a request between partners who know that love is still there, they just need to remind each other of it. There’s something both comforting in the song’s request and profoundly sad in its delivery — that the drift between lovers has become so commonplace that survival of a relationship can rest upon something so perfunctory. It’s these emotional chasms that Romy Madley Croft and Oliver Sim navigate with the nerve and aplomb of deep cave divers.

Lifted from a sample of 70’s soft-rockers the Alessi Brothers, “Say Something Loving’”s shimmery hook builds into a gorgeous melodic glitch, like a broken record forever repeating, even as Croft and Sim engage in the forsaken dance of long-time, oscillating lovers. Like the rest of I See You, it brings us in whisper close, then pushes us, gently, blissfully away. In the children’s story Fiona’s Luck by Teresa Bateman, a young girl embarks upon a journey to recover luck stolen from the people of Ireland by mischievous leprechauns. In one magical scene, the leprechaun folk surround Fiona, rapidly spinning the hem of her dress ‘round until the world begins to blur and she is whisked downward into the Leprechaun King’s subterranean throne room. You’re never quite certain how it all works; it’s just that one moment she’s here, and the next, she’s there. It’s a mystical, whimsical, vaguely unearthly feeling.

Sydney, Australia’s Middle Kids craft a similar sense of teleportation on the lead single to their self titled EP. “I got all muddled up and journeyed to the edge of town/ And then the road cracked open, sucked me in and I went down” lead singer Hannah Joy sings breathlessly, the slippery syllables spilling fast from her mouth in a feverish incantation. “We’re standing face to face with the king of the underground/ Some things just don’t add up, I’m upside down I’m inside out.” “Edge of Town” has a classic chord progression and familiar late-90’s indie rock aura, but Middle Kids’ plucky vigor transforms the song into a creation far more spellbinding. After the chorus, guitarist Tim Fitz’s pedal steel soars into the stratosphere — exalting, enrapturing, elevating.

“Never Start” and “Your Love” offer similar lilting melodic shifts, but it’s the lyrical eye for detail that Joy attends to on piano ballad “Doing It Right” (“And now that I am fancy/ I got someone who is with me /And he’s waiting at the deli /For the deli man to shave the belly /Of the pig to bring the bacon home”) that separate Middle Kids’ debut from traditional, meat n’ potatoes indie rock fare. The trio know their powers and employ them to great effect. At an Austin City Limits concert, they actually played the “Edge of Town’s” climactic ending twice, its call and response fervor only heightening the catharsis second time around. It was as close to perfect song as we heard in 2017, a young band both fulfilling its promise and tantalizing on what is to come. 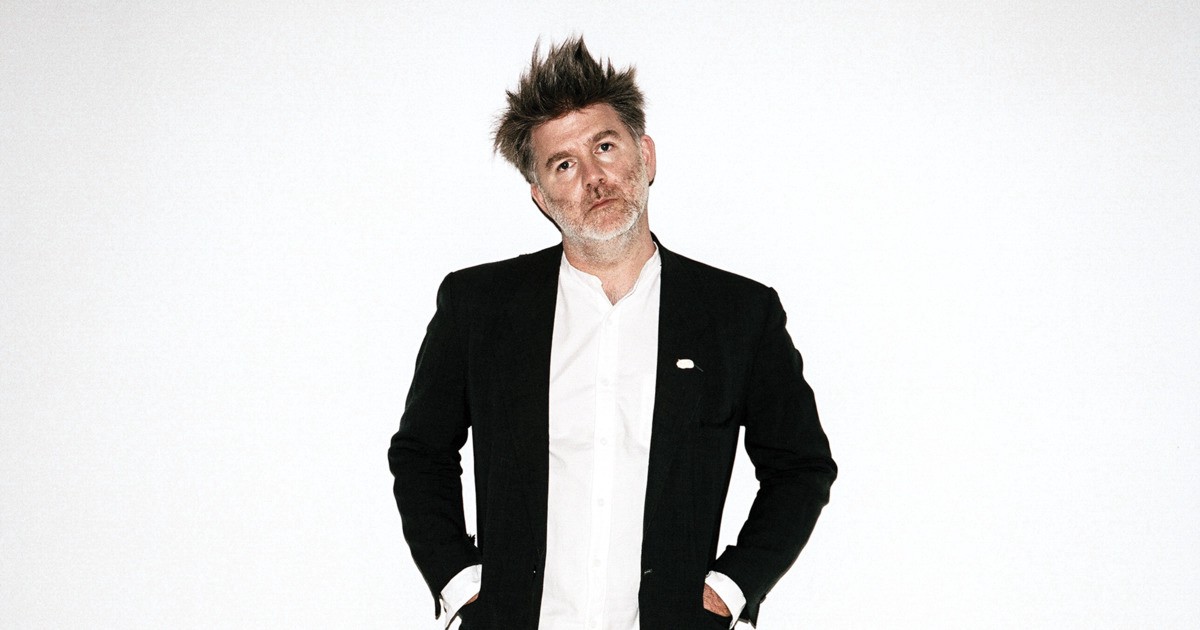 Marvelous downer American Dream won’t ever be mistaken for LCD Soundsystem’s most jovial album (see their eponymous debut) or most essential (see 2007’s zeitgeist-seizing Sound of Silver), but it could very well end up being your favorite. That is, if you, like James Murphy, seek humor, elation, and grace in the face of existential crises.

The group’s fourth LP is a honing of every device —squelchy hip-shaking beats, sardonic self-deprecation, and celebratory rock crescendos — that the super producer/multi-instrumentalist/singer and his indie-dance collective have employed since the turn of the millennium. But, for the first time, the festivities hint at a reality far darker and more nihilistic. “We all know this is nowhere” insists Murphy on instant anthem “call the police” before divulging “You’re getting older/The future’s a nightmare/ There’s nothing anyone can do about this.”

The death of mentor and father figure David Bowie factored prominently into Murphy’s decision to resuscitate LCD Soundsystem after a seven-year hiatus, and the Thin White Duke’s ghostly presence presides over American Dream. “i used to” and “change yr mind” are Berlin-trilogy Bowie throwbacks that mimeograph imploding Visconti snares and Fripp-style guitar histrionics.

Never before has Murphy worn late-70’s influences so prominently upon his sleeve. “other voices” feels cut from the same African-tribalism-meets-New-York-underground cloth as Talking Heads’ Fear of Music, while “emotional haircut” is pure Joy Division sturm und drang until Murphy’s goofy yelp transforms the proceedings from atrocity exhibition into hedonistic carnival. There’s not a spot of rust on the 47-year old front man’s well-oiled sonic chassis.

But Murphy’s words ring truest when he’s contemplating his own insignificance. “I’m not dangerous now/ Like I used to be once/ I’m just too old for it now.” Murphy’s always played a shell game between supreme taste-making, cerebral jests, and lust for the Almighty groove, but the greatest trick of his band’s second act has been subverting post-punk influences to the absurdity of 21st century fatalism.

“Life is finite/ But, shit, it feels like forever” gripes Murphy one moment then revels in the next “We’re going to toast ’til the bodies all soak up the bass” The whole planet’s having a mid-life crisis, and Murphy is our unlikely mouth piece — hip, sad, and still wry as fuck. 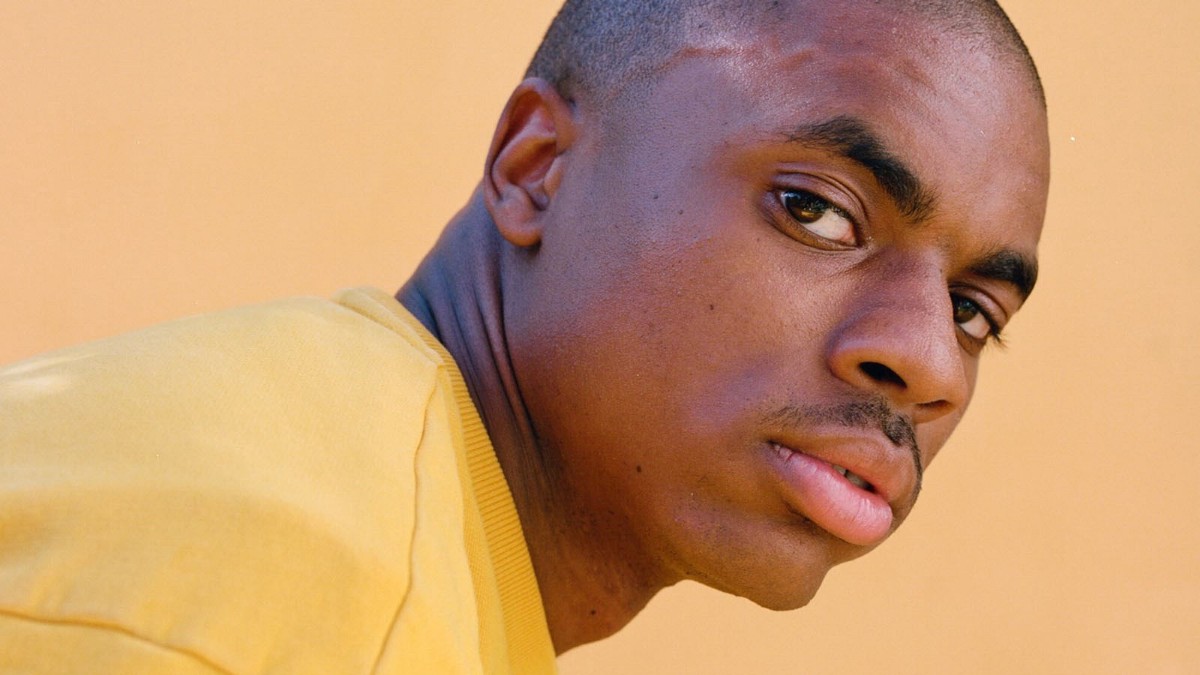 Vince Staples exploits the tension in tempos. On debut LP Summertime ’06, the rapper’s manic flow yanked producer No I.D.’s syrupy, dystopian beats along for the ride like an ambulance shuttling an Opioid addict, recasting West Coast vibes as shell-ridden, narcotized hell-on-earth. On Big Fish Theory, 21-year-old producer Zach Sekoff’s electronic-based production is so icy, brazen, and breakneck that Staples has to hit full stride in seconds just to keep pace. It’s one of the most stunning sonic facelifts from a rap artist in years. The cart now leads the horse; or rather, it’s been converted into a mechanized bullet train of beats.

From UK garage (“Crabs in Bucket”) to Detroit techno (“Love Can Be…”), Staples imbues shiny sounds with shades of dread. “How am I supposed to have a good time/ When death and destruction is all I see?” he contemplates over joyous squonks and 808 thumps on “Party People.” Seagulls and whale calls give way to pings, whirs, and digital rumble strips, a fitting backdrop for Staples astute vitriol. “Tell the 1% to suck a dick because we on now” he rouses on “BagBak,” a call-to-arms built on the most chaotic hip-hop beats since Outkast’s “B.O.B.”

Most telling is the way Staples sees a darkness within us, but doesn’t blink. “Sometimes people disappear” he intones, maybe talking about dead homies, lost loves, or the vacant detachment with which he observes and incises the grey flesh of this decrepit world. But Staples’ cold countenance flares at the thought of transformation: “Obama ain’t enough for me/ We only gettin’ started/ The next Bill Gates can be on Section 8 up in the projects/ So ‘til they love my dark skin/ Bitch I’m goin’ all in” he spits over jet pack-powered beats. No matter how fast this shit moves, Staples isn’t going anywhere.

“Can you slow down for a little while/ Weather your soul for another mile?” asks Pecknold, mostly of himself. The Fleet Foxes front man spent nearly six years writing and recording Crack-Up, a reclamation of sanity in the face of internal upheaval, a turning away from the outside world to find purpose within. An estrangement from band mate Skyler Skjelset and scathing departure of band drummer Father John Misty in 2011 pale in comparison to Pecknold’s own lost sense of self during the same period. As he admitted: “I struggled with notion of needing an airtight reason to live.”

Pecknold’s ensuing sequestration in the halls of academia (he took classes at Columbia University) lends Crack-Up a welcome, literary bent, teeming with historical characters (Cassius of Rome) and locales (Manassas and Appomattox). But if it’s written in an ivory tower, that spire is overrun by thick moss and vines. Crack-Up forgoes Fleet Foxes’ crisp pop instincts; the catchiest moments are lodged deep in the crooks of songs that stretch precariously into full-blown prog-folk suites, the celestial violins and sunburst guitars decorated by ornate melodic filigrees of rich synths and sampled ambient sound.

The songs are recursive, referencing the rekindled relationship between Pecknold and Skjelset (“Third Of May /Ōdaigahara”), other songs on the album (“On Another Ocean (January/June)”), and even old Fleet Foxes classics (hear the snippet of “White Winter Hymnal” lovingly performed by a girl’s school choir at the end of “I Am All That I Need/Arroyo Seco/Thumbprint Scar.”) Musically and thematically, Crack-Up is an Ouroboros-like figure of knotty, gnarled melodies and fractured, serpentine song structures, but that complexity makes the album’s most modest moments shine brightly. “If You Need To, Keep Time On Me’” is an appeal to rely on human steadfastness when all that is elemental — the sun, stars, and seasons — fails to guide the way.

The intimacy and pastoral sweep of Fleet Foxes’ sound and has always been echoed by the simple yet majestic imagery of Pecknold’s lyrics; mountains, meadowlarks, orchards, oceans, berries in snow. But Crack-Up’s greatest achievement is not in personifying nature and the enigmatic human psyche as things to romanticize — tidy, perfect, and finely sculpted — but as what they truly are: primal, unkempt, and endlessly encroaching. “I am all that I need” are the first six words Robin Pecknold whispers here; it’s a vow he spends the length of Crack-Up both upholding and relinquishing.

This entry was posted on January 6, 2018 by Jeff Goodwin in Best of, Fleet Foxes, The xx and tagged Best of 2017, Fleet Foxes, LCD Soundsystem, Middle Kids, the xx, Vince Staples.