“You sunk my battleship!” To the typical American kid in the late 70’s and early 80’s, that phrase had special meaning; it’s the indelible tagline for the 1977 version of one of Milton Bradley’s more popular board games, Electronic Battleship. With pre-recorded missile explosions, flashing red lights, and ability to actually program your ships’ coordinates into the machine (wow!), this was many kids’ first “technology is awesome!” moment. Even today, its sounds and images are so evocative that they immediately transport me back to the memories of my youth, where I’m trapped inside a Polaroid picture of striped turtlenecks, station wagons, and unkempt sideburns.

So when Ariel Pink (a.k.a. Ariel Rosenberg) references the battleship line just one verse into his group’s latest album, Mature Themes, you get a hint of the musical era he’s aiming to eulogize. Rosenberg, a prolific songwriter and lo-fi multi-instrumentalist from Beverly Hills, has a fetish for making music that sounds exactly like it was recorded in 1977, which is, ironically, one year before he was born. But its almost irrelevant whether or not he soaked up the sounds of his parent’s record collection from the crib or suffers from “borrowed nostalgia,” (a phrase commonly associated with an entire musical genre of which many consider Rosenberg to be the godfather). Rosenberg’s pet project and musical vehicle, Ariel Pink’s Haunted Graffiti, yearns for an era that he (and many listeners) barely experienced in person, but that won’t prevent you from enjoying his craft. 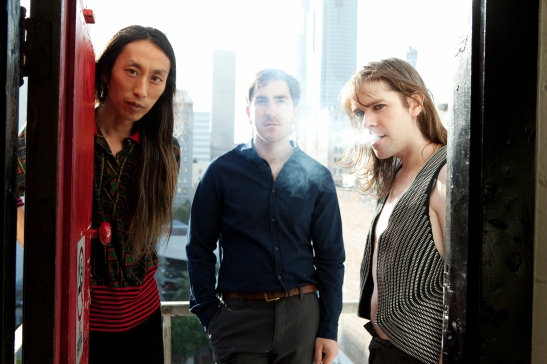 On 2010 breakthrough Before Today, Ariel Pink plucked the juiciest, schmaltziest bits of music (disco, glam, yacht rock, and smooth jazz) from underneath the armchair of late 70’s rock and squished them into a sweaty wad of sonic chewing gum. Wurlitzer organs and softly brushed snares kept things light and hazy while liquid bass lines wound their way through the songs like counterweights, anchoring everything to a bedrock of R&B sway. Hipness was an afterthought since the album’s AOR sound was as much a tribute to Todd Rundgren and Atlanta Rhythm Section as it was to David Bowie and Roxy Music. It was an unorthodox mixture of musty, sour, and nostalgically sweet that proved as difficult to ignore as it was to describe.

“Step into my time warp now” announces Pink up front on Mature Themes, and this time the Delorean’s dashboard is programmed for somewhere right around 1981. Keyboards and drum machines drive the early tracks; on “Kinski Assasssin” and “Is This the Best Spot?” there’s plenty of Thomas Dolby and Gary Numan references to go around. “Pink Slime” and “Farewell American Primitive” have a funky-white-boy pastiche that recalls Beck’s Odelay work; they have an awkward way of nestling right between your hips and cerebellum. Pink also delves into 60’s psychedelia with Syd Barrett-style relics “Driftwood” and “Early Birds of Babylon.” (see Pink Floyd’s “Set the Controls for the Heart of the Sun”) Even with the heavy synth elements, there’s still a heady stew of acoustic guitar, groove-driven bass, and vocal harmonies that keep Mature Themes sounding surprisingly organic.

As its title suggests, Mature Themes is subversively seedy, often comically so. The record teems with the sort of foggy, drugged-out vibe that’s usually reserved for dimly lit hash bars and porno movie sets. “I wanna talk about mature themes, taboo themes” he announces while celebrating “shemales hopped up on meth” (“Kinski Assassin”) and inquiring to the whereabouts of a particular location on the female body (“Is This the Right Spot?”) “Symphony of the Nymph” is austere electro-pop that pays tribute to sex addicts, colonoscopists and therapists in equal measure. “I don’t need to burn any bridges” Pink says matter of factly “But I can’t get enough of those bitches.” Indeed. It’s not a stretch to picture you and your friends spinning a vinyl copy of Mature Themes in a wood-paneled basement while playing spin the bottle and passing the roach clip. 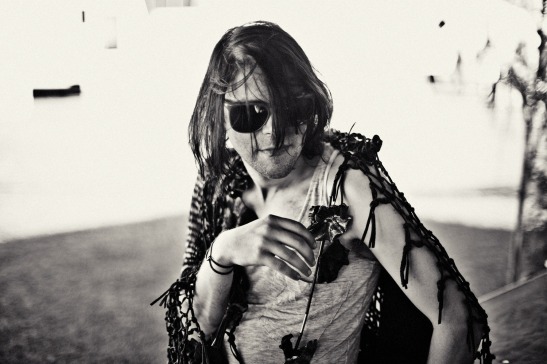 Mature Themes’ primary shortcoming isn’t the lack of ideas but the occasional failure to restrain them. Ariel Pink has reportedly recorded over 500 songs in the last 15 years, but some of the ones here feel like sketches that trail  off the page. The intolerably mind-numbing “Schnitzel Boogie” clocks in at four and a half minutes, but feels twice as long. “Nostradamus and Me” could very well be an addendum to Bowie’s “Space Oddity,” chronicling Major Tom’s final incoherent moments of existence after he loses touch with Ground Control — it’s soothingly pretty but ultimately aimless. If anything, the meandering style of Mature Themes further cements the brilliance of Before Today, a spectacular album that felt more cohesive and bore superior songwriting.

When Ariel Pink and his crew get their teeth sunk into a proper track like original “Only in My Dreams” or their cover of Donnie and Joe Emerson’s 1979 forgotten classic “Baby,” Mature Themes truly shines. The former hangs a Roger McGuinn-esque jangle-riff over an AM pop radio chorus worthy of Billboard’s top 10, while the latter oozes with blue-eyed soul and catlike sensuality — it’s a triumph of impeccable taste and musicianship. These tracks feel like classics you’d hear on an oldies radio station, but they stand out because the bulk of Mature Themes is a far stranger, more liberal reinterpretation of pop history, enhanced and distorted by a kaleidoscopic View-Master lens to become Ariel Pink’s vision of sex, drugs, and rock n’ roll.

Even if you have an appreciation for pop craftsmanship and music that stretches across genres, Ariel Pink’s Haunted Graffiti may never be your bag. Its equal parts trashiness, camp and experimentation, like a New York Dolls album crossed with The Rocky Horror Picture Show as directed by Frank Zappa. Fact is, Mature Themes may as well come with a disclaimer — this is some weird shit. But the rewards are great if you hang in there and keep exploring. APHG’s pleasure-inducing ability to recreate the spirit and subtlety of a bye-gone era is a reminder that nostalgia, whether real or borrowed, remains a powerful currency.

Ariel Pink’s Haunted Graffiti – “Only in My Dreams” – mp3

This entry was posted on August 26, 2012 by Jeff Goodwin in Ariel Pink's Haunted Graffiti, Reviews and tagged ariel pink's haunted graffiti, baby, before today, kinski assassin, mature themes, only in my dreams.