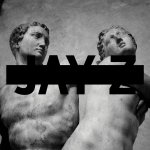 Quality control has plagued Jay Z for a decade now, but rarely has the hype behind his product so vastly exceeded its actual worth. Hova’s twelfth and blandest album, Magna Carta, Holy Grail, is an exercise in promotional gluttony that leaves no room for even a wafer thin mint. Jay Z enlists the aid of heavy hitters Justin Timberlake, Beyoncé, and Frank Ocean, leases out lyrics from Gen-Xers Stipe and Cobain, and even casually films über-producer Rick Rubin lounging on his leather couch like some incognito, wowed-out Svengali to give the record some “holy shit, Rubin is on this too?” buzz, even though Rubin didn’t produce a single track. Hell, you had to buy a $199 portable hand-held device if you wanted to hear Magna Carta, Holy Grail before the rest of the plebs. A shrewd marketing ploy by any measure, but one in which the media ultimately overcame the message. As one astute blog commentator put it, quite literally, Jay Z has phoned it in. 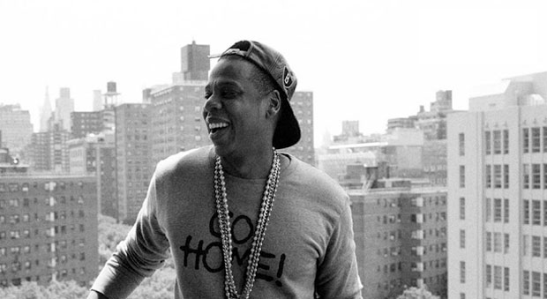 Musically, there’s loads of filler (“Crown”, “FuckWithMeYouKnowIGotIt”, “Jay Z Blue”) and not just in terms of unmemorable songs, but in the way even the good ones seem to suffer from a dearth of rhymes, a shocker for a lyricist as legendary as Hova. As a rapper, Jay Z possesses a cutting wit and peerless flow, so to hear him leave elongated dead space between lines on solid tracks like “Tom Ford” and “Picasso Baby” is borderline painful. If it’s a calculated attempt to let the songs breathe, it fails miserably — Jay Z sounds like he’s running low on ideas. Magna Carta, Holy Grail feels like an album that wants to be big but never leaves Jay Z’s signature stamp on you — that savvy, swaggering blend of street smarts, cultural relevance, and urban menace.

At times, even its creator gets lost somewhere inside of the album’s carefully constructed confines. The title track sounds very much a Justin Timberlake number, “On the Run” feels like a Beyoncé jam, and “Oceans”… well you guessed it. Hova feels like a house guest on all three. “BBC” is pure dynamite, sporting a Pharrell beat and unresolved melody that gives it superb stickiness. Guest rapper Nas crushes his verse, effectively upstaging Hova on his own turf — I half expected to hear the Illmatic One rap “yeah, I took over your track, you was using it wrong.”  While Jay Z’s rapping is solid, he never comes back for a final verse, instead choosing to let the track peter out and essentially waste the album’s best beat.

The fact that one of Jay Z’s former arch-rivals has turned collaborator is perhaps most systemic of the trouble afoot here. Gone are the hustling, the takeovers, and the ass-chasing. Jay Z’s a true company man now —  married to one of the most beautiful women in the world, allied with everyone in the business, and selling a million records before his album’s even released. As hungry as he wants to sound, there’s no escaping the truth that Jay Z is utterly satiated. That doesn’t translate well to the rap game — an arena built on beating the odds, fighting off adversaries, and sowing oats with abandon. Jay Z’s sharpest when he’s loose and lecherous, calling out bad behavior from icons like Miley Cyrus. “Twerk Miley twerk!” he laughs, chronicling Cyrus’ descent from Disney teen purity into dry humping debauchery, and by extension, encapsulating the way black cultural elements have infiltrated the pop bedrock of white America. It’s a delicious repartee to Miley’s namedropping Jay Z in “Party in the USA” then later admitting  “I’ve never heard a Jay Z song.” She has now. 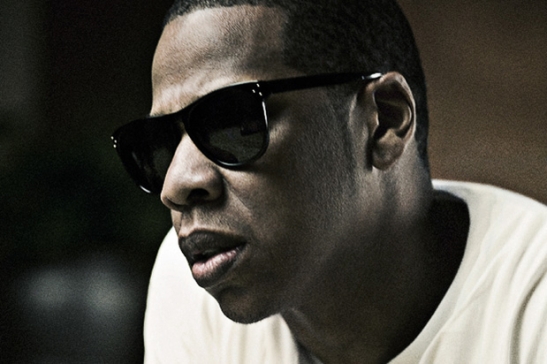 “I’m from the bottom/ I know you can relate” Jay Z still insists, but it’s not so simple anymore. His strength, an ability to identify with the daily grind for stature and respect that every black man goes through, is now sapped by the only message he can truthfully deliver — that he’s successful and rich beyond his wildest dreams. With each subsequent commercial triumph, Jay Z’s story becomes a much harder sell — getting us to identify with him, the underappreciated tycoon. Kanye has the same luxury problems, but his disaster of a personal life, hubris, and cutting-edge musical backdrops at least make things interesting. Identifying with these men requires a suspension of disbelief, but some unseen line gets crossed on “Picasso Baby” when Jay Z remarks “Fuck it, I want a trillion.” Sorry, you’ve lost me Hova.

Hova’s true colors are perhaps revealed on “F.U.T.W.”  — a song whose depiction of unreal wealth begins with “Just let me be great” but comes back around to the anhedonia of its simple, devastating chorus: “Fuck up this world.”  Faced with proposition of having his every living need met, Jay Z can only find pleasure at the thought of obliterating everything around him.  Basically, too often Jay Z is anything but great — Magna Carta, a tale of Carter at his least substantial.  “Your best shit ain’t better than my worst shit” he claims on “Versus” — fair enough, but that doesn’t mean he has to call the question by releasing said stinker right in front of our eyes. It’s almost like he knows the barbs are coming, and he’s already making excuses. 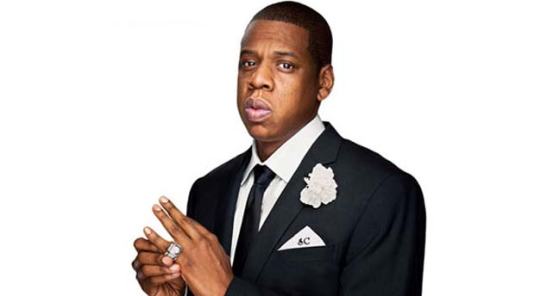 Speaking of Picasso, blog writer yijihae recently likened Kanye’s new record to the cubist’s painting Les Demoiselles d’Avignon, saying it “refracts multiple perspectives of the black man at jarringly contradictory angles, screaming from the depths of noise, but also internalizing and then spewing back white America’s fears and desires”. By turns, she says, Jay Z has taken the corporate road which rewards him with “the Queen Bee, a trip to Cuba, and the direct number to the President.”  It’s odd how getting everything you want can work against you. In some alternate reality, Jay Z really took that bullet at the end of “99 Problems” and went down as an untouchable legend, never to limply comeback with Kingdom Come, The Blueprint 3, and now Magna Carta, Holy Grail. That Jay Z never owned the Brooklyn Nets, married the world’s most desirable pop star, or became Samsung’s pitch man — he simply remains what he always said he’d be: The best since Biggie, and maybe even better.

But on “Crown” we have a very different Jay Z, the newly minted mega sports agent, boasting: “Robinson Cano, you coming with me”  referring to the soon-to-be biggest star on the biggest sports team in the biggest city in America. But it’s those athletes who’ve had some great years and are now trying to hide the fact that they’ve lost a step who would do well to flock to Mr. Carter’s agency — with Magna Carta, Holy Grail, Jay Z proves adept at promoting a product that, though polished and prideful, is designed to cash in on past performance.