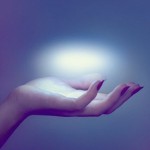 “What’s a soul, daddy?” my daughter asked quite unexpectedly one evening. She’s six years old, so I considered my options carefully before answering. The invisible essence of a living entity? The part of us at stake in some absolute, spiritual judgement? 21 grams? In the end, I responded as plainly yet truthfully as I could: “It’s a special piece of you that no one can see and that lives on even after you’ve gone.”  The explanation seemed to satisfy her, at least in the context of whatever Disney flick she was glued to, and I breathed a heavy sigh of relief. The answers to life’s greatest mysteries are rarely that easy to come by on a random school night.

Britt Daniel — scrappy prince of indie cool, tunesmith exemplar, and Poet Laureate of wounded smarts — is pondering the same question these days, though he’s far too quick-witted to come right out and say it. The play on words title of They Want My Soul, Spoon’s self-assured, sonically lavish eighth album, is as much a defense of the Austin band’s dog-eared integrity as it is an assurance that they’ll give us exactly what we’re looking for — sinewy, off-kilter pop gems, hook-laden melodies that remain as irrepressible as they are ragged, and bucket loads of bruised chutzpah.

There are few descriptors more apropos for Spoon’s music than soulful. Some of their most beloved tracks — “Take the Fifth”, “The Way We Get By”, and “I Summon You” — are built from little more than hand claps, strained vocals, and a single palm-muted guitar chord or piano riff, repeated for percussive effect. They transmute religious fervor into grimy, secular motifs, with Daniel spitting bittersweet vignettes of hard luck, busted romance, and transcendence. Fifteen years into a career spent dextrously hopscotching over the hand-drawn squares of punk, pop, R&B and bar room rock, Spoon is still the sound of the grin that remains after your teeth get kicked in. 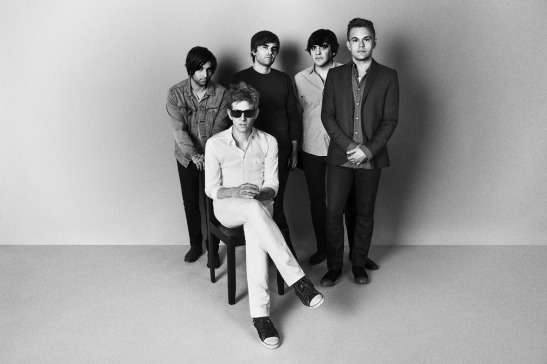 After the lo-fi grower that was 2010′s Transference, They Want My Soul follows the band’s pattern of good albums followed by great ones. It’s a return to the career high points of 2002′s Kill the Moonlight and 2007′s Ga Ga Ga Ga Ga, pairing the melodic conciseness of the former with the sparkling production values and accessibility of the later.  It’s impeccably sequenced (a hallmark of the best Spoon albums) and captures the band’s signature blend of frayed-edge ferocity and exquisite aural nuance. “Do You” extends Spoon’s streak of spectacular singles, with Daniel’s echoed howls and “doo doo doos” double tracked into a wind tunnel of harmony beneath the song’s resplendent guitar chorus. It’s pure pluck and endorphin release — “You Got Yr. Cherry Bomb” and “The Underdog” all rolled up in one.

In one of the album’s loveliest moments, a watery, harp-like glissando spills out of the second verse of “Inside Out” like wine from a chalice, the sort of unexpected little detail that Spoon loves to sneak into their songs. Fittingly, the track is sandwiched between the garagey, slow-burn attack of “Rent I Pay” and “Rainy Taxi”, an urgent, spiteful rocker over which Daniel threatens: “If you leave, I’ll never sing another tune.”  It’s a familiar reminder to those who’ve seen Spoon in concert tear through frenzied, ramshackle renditions of their most polished tracks. Beneath the band’s sugary coating lies a thorny, punk center.

There’s a sublime sense of space on They Want My Soul — not just foreground and background, but in terms of verticality and horizon. Underneath the whistles and warm, acoustic strums of “Knock Knock Knock”, Daniel’s desperate sigh hangs suspended in the ether, carrying the song’s melody much like Kim Deal’s seminal coo once did for the Pixies’ “Where Is My Mind?” Just as the track exits stage left, “Outliers” comes charging in from the right side of the headphones. It’s all skittish synths and galloping drums, assaulting your senses before spiraling back out of the aural field.

Spoon masterfully applies subtle distortion to familiar instruments: the scuzzy, Exile on Main St.-style guitar riffs feel hopped up on Red Bull and sunshine, Jim Eno’s snare thwacks range from junkyard clangs to computerized piston-fire, and Daniel’s voice has an otherworldly edge. No studio effect, however, has quite the same impact as Father Time. At forty-three, Daniel’s tenor has ripened into a gravelly, cracked croon, it’s bright textures darkened by shadows and unraveling at the edges. He’s always sung from the back of his nose and throat, but on They Want My Soul, it’s now coming from the bottom of his gut.

That knotted tension suits Daniel and this glorious record. It’s no coincidence that the best songs on They Want My Soul explore the notion of possession — of dignity, of that which you love, and ultimately, of self. On “Rent I Pay” and “Let Me Be Mine”, he contemplates the sacrifices he’s made for art and adoration, and what’s required to retain those things.  “Auction off what you love / It will come back some time“, he professes before consenting: “Go ahead and take another chunk of me, yeah, just go“, sounding almost ecstatic at the prospect. Spoon has spent almost two decades entertaining this very practice — giving itself to us, unguarded and fiercely independent, one stunning album at a time. 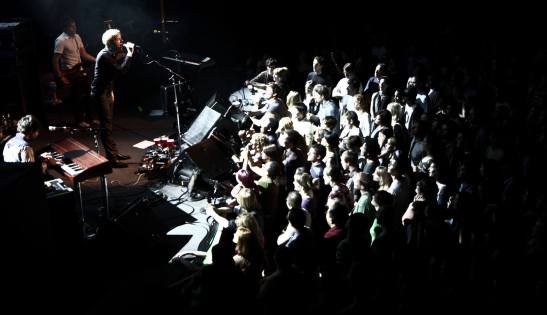 On the title track, Daniel works himself into a lather while recounting a long list of improbable characters — street preachers, educated folk singers, and even one well-known childhood bully from Kill the Moonlight — who want his soul. He can’t possibly satisfy them all. But then comes an extraordinary moment after the first chorus, when the guitars, drums, and bass kick in and Spoon just goes off like an unhinged explosion, grinning that shattered smile that can’t be seen, only heard.  Turns out, there’s more than enough of this band to go around — a seemingly inexhaustible wellspring of vitality, in fact. Daniel captures it in a verse: “And the feeling goes on and on and on and on and on.” The band’s soul manifests itself for one brief instant, and it’s both of Daniel’s incarnations at once — an effortless depth of emotion and the essence that’s left behind for us to savor.

This entry was posted on August 6, 2014 by Jeff Goodwin in Reviews, Spoon and tagged Britt Daniel, Do You, Inside Out, Spoon, They Want My Soul.