While reevaluating Bon Iver’s self-titled album back in July, I strangely concluded that rather than grow on me, this exceptional album had actually shrunken a bit. Six months later, little has changed; nearly all of the lyrics remain an enigma (not because the words are difficult to make out, but because they kinda don’t make sense) lessening the songs’ emotional impact and potentially undermining listener empathy with meaningful art. Bon Iver’s first album, For Emma, Forever Ago, was so powerful because, let’s face it, who couldn’t relate to getting dumped by an ex and holing up on their couch, depressed for weeks? (for Vernon, his couch just happened to be in a cabin in the woods.)  Bon Iver, Bon Iver is a more slippery thing to connect with — Vernon actually sounds content at times, sings about fictitious places instead of real people, and concludes the album with the mother of all 80’s yacht rock anthems. Ahem.

I think a lot of people really want Bon Iver, Bon Iver to be the best album of the year because it does sound fantastic, courtesy of its textured, yet immaculate production, remarkable melodies, and Vernon’s wonderfully emotive falsetto. It also possesses an intangible, intimate quality, a sort of this-could-be-the-soundtrack-to-your-life poignancy that is usually reserved for albums that help us get through difficult personal times. But that doesn’t mean it’s immune to criticism. Sonically, it’s a giant step forward, but lyrically, a regression. Fortunately, I think Vernon’s best work is still to come. When he’s able to pair something that sounds this stunning with a story that touches your soul like Emma, watch out. For now, I’m more than content with pocket symphonies like “Perth,”  “Holocene” and “Calgary” — gorgeous songs that could fill a stadium but Vernon has chosen to keep close to his heart, shrouded in mystery. 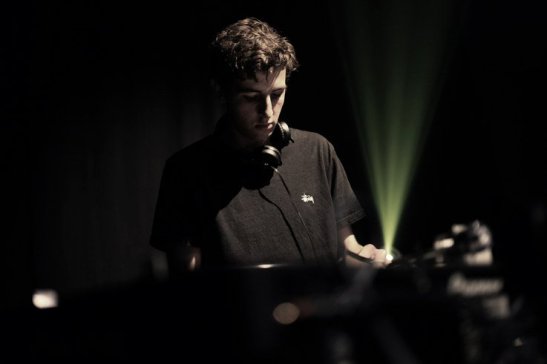 It’s fitting that Jamie xx’s “Far Nearer” is known for its steel drums. As an instrument, the steelpan is chromatically pitched— that is, it’s designed to produce neither the major nor minor chords that are common to Western music, but a half step overlay of both, creating an amorphous chiming echo that gives each drum note its colorful inflections.  It’s also an idiophone — a rare instrument that creates sound not by vibrating a membrane, strings, or a column of air, but by vibrating itself. As instruments go, it’s truly one of a kind, inhabiting a strange, twilight world of sonic in-betweens and ghostly beauty.

So too does “Far Nearer.” The song is a series of paradoxes, with its signature instrument so closely associated with the warm sounds of the tropics but a 2-step time signature built upon the gritty core of UK garage. There’s a warped and chopped lead vocal drifting out like a spectral moan pitted against the joyous shouts of a children’s choir. Hell, even the song’s name is a contradiction in terms. For a sonic minimalist like Jamie xx, “Far Nearer” is practically overflowing with ideas and aural minutiae (the way the pitch-shifting vocals and keyboards complement the steel drum’s natural warble is especially brilliant), but at no time does anything feel superfluous. It all just flows.

For a producer and remix artist with Jamie xx’s impressive resume (Adele, Florence & the Machine, and Gil Scot-Heron) “Far Nearer” is the type of from-the-ground-up track that hints at an even higher ceiling for him as an artist — it combines seemingly disparate elements with the kind of sublime ease and intuition that makes it seem impossible no one thought to do it before. It’s the summer anthem that’s a bit too sunny to fill the 2 a.m. club dancefloor, but far too ominous for the beach. In the end, you’re probably best served by clinging to the song’s oft-repeated, soul-lifting lyric “I feel better when I have you near me” and just floating along, knowing wherever you are, you’re in the right place.

St. Vincent’s unexpectedly excellent covers of Big Black songs “Bad Penny” and “Kerosene” at the concert celebrating the 10th anniversary of Michael Azerrand’s “Our Band Could Be Your Life” revealed as much about Annie Clark’s steely resolve as does Strange Mercy. Clark gives an audience of male hipsters a collective boner by delivering Steve Albini’s immortal line “I think I fucked your girlfriend, once/ Maybe twice” while absolutely shredding in the process. Clark has an exotic, stunning blend of technical mastery, ethereal delicateness, and caged sexuality that straddles the line between doe-eyed innocence and feral fixation. She’s a rarity in indie rock — a girl who truly does rawk and has plenty to say about being a woman in that man’s world.  Strange Mercy‘s eleven songs are less feminist manifesto than a personal testament to Clark’s weird, wiry strength of will — they’re synth pop gems with guitar spasms that go for the jugular.

“Cruel” starts with the soft orchestral strings of a Disney princess film then mutates rapidly into one woman’s descent into domestic hell, driven home by a video that shows Clark being (literally) buried alive by husband and child. “They could take or leave you/ So they took you, and they left you” she cries over a pulsing, disco backbeat that is equal parts Blondie’s “Heart of Glass” and Talking Heads’ “Road to Nowhere” — both fitting antecedents to St. Vincent’s new wave throb.  Strange Mercy, the band’s third and best album, is Clark’s tour de force – a collection of gorgeously twisted indie rock songs that triumphantly reveal her as both beauty and beast.

See also “Surgeon,” “Strange Mercy” and “Year of the Tiger”

In interviews, M83’s Anthony Gonzalez described his magnum opus Hurry Up, We’re Dreaming as a soundtrack to a film that hasn’t been made yet. When you hear the dozens of layers of sound laid atop one another to create synth rock juggernauts like “Intro,” “Reunion” and “Steve McQueen,” you can easily hear why; even for a double album, this sounds colossal, practically made for the big screen. To be honest, it was almost a shock not to hear lead single “Midnight City” playing over the long dialogue-less sequences of Drive, this year’s ultra-slick European-style noir thriller filled with fast cars and beautiful people. They’re practically about the same thing — soaking up the lights in a city of neon, riding in cars toward the milky skyline, and looking cool as fuck.

However, the fact that “Midnight City” does appear in a new Victoria’s Secret Angels commercial isn’t surprising — just after the sixth beat of the chorus’ bar a velvety feminine coo issues forth, sounding neither machine nor man-made but like a sigh from the divine. It’s one of the song’s many meticulous details that works its way into your brain, and like a good earworm, won’t let go. Gonzalez saves the best hook for last with that orgiastic saxophone solo, which is so completely unexpected the first time you hear it but so utterly earnest that you can’t imagine the song without it. Here, situated between the gutter and the stars, between nocturnal hedonism and dream-like innocence, Gonzalez elevates ear candy to high art. “Midnight City” is an amalgamation of all sounds M83 (shoegaze, new wave, electronic, and indie guitar rock) and the culmination of Gonzalez’s quest for the perfect pop song. 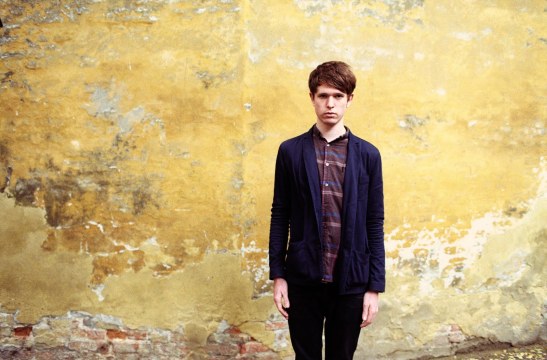 Twenty-three year old James Blake is many things at once — a classically-trained pianist/composer who is more at home on a Korg than a Steinway, a DJ who leaves so much silence between sounds that it says more about his courage than the sounds themselves, and a singer whose soulful voice seems incapable of coming from his slender frame. Most surprising is that for a young man who is considered one of dubstep’s premier producers and studio perfectionists, everything you really need to know about James Blake you can learn by seeing him live on stage.

At most Blake shows “The Wilhelm Scream” is an obvious highlight, its delicate shape augmented by slinking jazz guitar and live percussion until a stunning apex when the whole thing explodes and a wall of synths just flattens you. Opposite sexes react differently. The guys all bob heads and frenetically jerk limbs in a way only white suburbanites are capable of. In truth, it’s the most natural thing one can do when assaulted by the rhythmic, oily undercurrent of sub-bass that threatens to cave your head in. All of these kids are tall, skinny, tousled, and rather ordinary looking — basically spitting images of Blake. Except not really, since Blake is, by any musical standard, quite extraordinary.

And the ladies in the crowd? Well, let’s just say that, while interested in the song, they seem disproportionately attentive to the performer himself. From certain angles, he is easy on the eyes, in a disarming, delicate, boyish sort of way. Between songs, when Blake shyly banters with the audience in his charmingly polite and distinctly British manner, an enrapt young blonde turns to her female companion and asks “What‘s he saying?” Her girlfriend has a glazed smile of contentment: “Who the fuck cares?”

It’s ironic because Blake sometimes invites you not to care what he’s saying, too. In most songs, he manipulates his vocals to such extreme lengths that they become simply another instrument in the mix. Words get stretched, chopped, looped, and macerated into digital debris. But the lyrics you can make out are essential, since Blake repeats lines like “Won’t tomorrow ever come?” and “All that I know is I’m falling, falling, falling/ Might as well fall in” to the point where they become mantras. Absorbed over time, these words convey sadness, soul-searching, estrangement, and unmitigated longing — the perfect accompaniment to the emotional disembodiment Blake creates by morphing his voice into a wraith-like digital smear.

What’s so strange is the unmistakable warmth beneath it all. Over time, Blake’s songs have a way of seeping into your consciousness when logic says their disparate, deconstructed sounds shouldn’t. When heard in a live setting, all the stylistic boundaries critics hear in his music disintegrate — the colorful, careening rush of more rhythmic dance hybrids “CMYK” and “The Bells Sketch,” the skewed folk of  “Lindesfarne I and II” and the baroque pop classicism of “Limit to Your Love” all running together as one river of sound, creating something completely new, something that is very much his. Whether this is dubstep, post-dubstep, or something else is irrelevant. What’s important is that it has the potential to alter the way you think about music and where it might be headed.

Blake is the man of the hour in the sound of the moment.  Guys wanna be him and girls wanna be with him. And who could blame them? As a sonic auteur, Blake has the opportunity and talent to essentially go in any direction he chooses  – whether as a DJ and dubstep producer, R&B crooner, pop singer/songwriter, or some unforeseen blend of all of the above. Best of all, he’s shockingly unafraid. On the title track to his year-ending Enough Thunder EP, Blake finally strips away the effects and lets his unadorned, plaintive vocals hang over a beautiful, bare piano in a repeated plea: “Tell me/ Are you with me?” It feels both dangerous and tender, a young man stepping out from behind the decks, drums, and distortion to bare his naked soul.  But the answer is obvious. Yes, James, we are with you. Lead the way.

See also “Unluck,” “Lindesfarne I and II” and “Limit to Your Love”