An inability to identify with Mr. West these days is not for a lack of trying on his part, however. Yeezy’s frequent and increasingly epic twitter rants have become a promotional goldmine for his seventh album — squabbling with Eskimo brother Wiz Khalifa over old flames, pissing off Taylor Swift and her 71 million followers (again), and publicly imploring all of us to convince Facebook CEO Mark Zuckerberg to bail Kanye out of $53 million of financial debt. The day before the record dropped (only on Tidal, of course, since scarcity promotes demand), he was overheard backstage at SNL swearing he was more influential than Stanley Kubrick, Picasso and Paul the Apostle “by 50 percent.” The magnitude of these numbers is both staggering and apropos because, as West has reminded us ad nauseum, The Life of Pablo (aka TLOP) is a Very Big Deal.

The album practically deserves it’s own creation myth; over the last two weeks, Kanye has publicly rejiggered the track list on numerous occasions, changed the record’s title at least three times (formerly So Help Me God and SWISH and Waves), and proclaimed The Life of Pablo the “best album of all time” (sort of). Up until now, the public has never had more unrestricted access to the explosive geyser of self-assurance, self-doubt, and plain old self that is Kanye West’s unhinged id. For an artist so utterly sure of himself and his craft, it’s been a strange, fascinating exercise finding out how haphazardly the sausage gets made.

For its part, The Life of Pablo is the sprawling, astute accumulation of every technique and tactic — wizard-like studio R&D, curated soul samples, innovative beatsmaking, appalling braggadocio, and distasteful wit — that elevated West to the pinnacle of hip hop and has kept him there for a dozen years. It’s also the first Kanye record whose buzz and sideshow drama outweighs the content therein. For better or worse, Kanye has parted with many things over the years — among them his sonic R&B classicism, middle class background, and humility (which was never all that much to begin with). But he has always possessed a laser-like focus and discerning ear for the perfect intersection of commercial appeal and critical relevance, of absurdity and cultural acumen. As questionable as Kanye’s character and personal decisions have been, his judgment on creative matters has been peerless. That’s what makes the aggrandizement surrounding The Life of Pablo so disconcerting; it’s the work of an artist who has lost perspective on himself and his ability to resonate.

The production on The Life of Pablo remain crisp yet densely rich, reminiscent of 2010’s lavishly crafted My Beautiful Dark Twisted Fantasy. West employs every weapon in his sonic arsenal from roiling synths and grimy dub bass to obscure R&B samples, auto-tuned wails, and percussive grunts. Some of the most interesting sounds are little snippets tacked on to the end of songs, like the robo-soul coda to “Father Stretch My Hands part 2” or the ecstatic loop of reggae gem “Bam Bam” bouncing over the back side of “Famous.” Young Thug injects reggaeton jam “Highlights” with the same tropical fever he infected the public with on Jamie xx’s joyous ” I Know There’s Gonna Be (Good Times)” while West waxes egotistic about his Kardashian connections (“Superstar family/ We the new Jacksons”) and bedroom prowess (“I’m wishing that my dick had GoPro.”)

The Life of Pablo’s more somber (but stronger) second half is pervaded by a sense of estrangement, betrayal, and exhaustion. Whether he’s alienating his extended family on “Real Friends” of self-destructing on “FML” (guest starring everyone’s favorite bacchanalian extraordinaire The Weeknd), West seems most alive and inspired when conveying his misery. He’s incensed at the haute couture establishment, the cousin who blackmailed him for $250,000, the fact that he’s on and off anti-depressants, all the while leaking a series of startling admissions (“If I can’t give up these hoes/ I’m gonna lose half of what I own”) that suggest his mixture of Hollywood and home life is far from healthy.  On “Fade” Kanye admits numbly “I think I think too much/ Ain’t nobody watching/ I just fade away.” These are the sort of confessions you usually reserve for the therapist’s chair (former collaborator Rhymefest even hinted at a need for an intervention: “My brother needs help, in the form of counseling,” he tweeted. “Spiritual and mental.”) but in lieu of that, West unloads on his most reliable surrogate — the audience.

The cracks in West’s armor manifest elsewhere on The Life of Pablo, which contains the most uneven lyrical work of his career. The mighty edifice of Kanye West was never built on Ye being the world’s best rapper or songwriter or singer, but something greater than the sum of all those parts. When one of of the elements isn’t there, things fall apart pretty quickly. TLOP’s one-liners often live in that unfortunate netherworld between too silly and not surreal enough. “Hurry up with my damn croissants!” West once uttered in a moment of demented, irreverent, infinitely-quotable brilliance. Now we get corny metaphors like “I give em Grey Poupon on a DJ Mustard” and “You left your fridge open/ Somebody just took a sandwich.” West’s decision to ad lib over the second half of electro-banger “30 Hours” instead of writing a proper third verse is painfully ill-advised, especially after hearing West blather on about nothing for three minutes then answer a random cell phone call during the recording. What’s supposed to come across as improvisational genius feels like sloth.

If TLOP is the sort of “cookout music that just feels good” that West was going for, it makes him the most negligent of all grill tenders — too many tracks feel unfinished or overdone. “Low Lights” is appropriately named given its superfluous nature. High art piece “Wolves” has been floating around for so long, it’s lost its punch, while 2015 flame-thrower “All Day” never made the cut. Enlisting Outkast’s legendary rapper Andre 3000 to contribute precisely two words to the chorus of “30 Hours” is world class under utilization, like hiring Morgan Freeman to narrate your answering machine message. And the overplayed Taylor Swift jab (“I made that bitch famous”) feels like a dubious attention grab, especially now that she’s deftly demolished his assertion while reminding audiences that West’s childish antics merely keep him infamous. The fact that he still doesn’t get any of this is sad, ironic, and terribly tiresome all at once.

There is fundamental sense of Kanye not being comfortable in his own skin on The Life of Pablo, but let’s be clear: this isn’t a grievance about missing the “old” Kanye musically, a complaint West anticipates and parries on “I Love Kanye.” The issue at hand is missing the Kanye who can come to terms with himself and his behavior. It’s been a common practice for even the most begrudging of West’s critics to separate the flaws of the man from the work of the artist, but that’s no longer possible since the former so utterly informs the other. The Life of Pablo often feels tired, engineered, and quite frankly, disingenuous — almost like Kanye’s grasping for the old Kanye. It’s hard to blame him. Whether it’s a shattered jaw, spiritual crisis, the death of his mother, or fame’s temptations, Kanye’s always been adept at rapping about his world, his experiences, and his human condition — what he has to rap about nowadays is pretty fucking bleak. 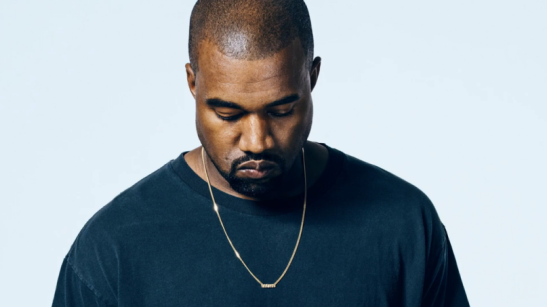 The Life of Pablo is not a bad record. But it’s the first Kanye album that you’d be lying if you argued it was great. There are some stellar songs, for sure; “Ultralight Beam’s” chopped-up gospel and “No More Parties in L.A.’s” woozy, soulful swagger (both of which feature incredible rap verses, neither of which are Kanye’s) are reminders of West’s brilliance as a sound architect. “Waves” is insanely ebullient — an immaculate face lift of Chris Brown’s “Forever” melody that’s so catchy you can see why West wanted to name the album after it. But much of The Life of Pablo suffers from a sense of derivation — it’s got the vacant, icy loneliness of 808’s and Heartbreak but none of the sonic prescience, the experimental eccentricity of Yeezus without its brutal economy, the grandiosity of My Beautiful Dark Twisted Fantasy minus the lock-tight surety of an artist at the height of his powers.

Of all the obstacles Kanye has faced including oppression, anxiety, the suffocating pressures of mega-stardom, and the glass ceilings that even the wealthiest, most successful African-Americans are crushed up against, the most difficult barrier might prove to be the boundaries of his own medium. West has pushed the sonic envelope of rap further than any musical artist in history, but he has yet to transcend the genre’s thematic limitations — wanton self-glorification, misogyny, narcissism, and a false notion of immortality. If anything, he’s augmented those stereotypes, transforming them into towering self-afflictions for a new millennium. It remains to be seen if he can find a way to evolve hip hop as an art form, to take a young man’s proud, blustery game and convince it to age gracefully with him.

To do so, he’ll first need to come to grips with the same reality that every other 38-year old with kids, credit card debt, and career limitations is discovering— adulting is really hard. There’s a moment at the end of “Real Friends” where it feels like he’s getting there; an ostracized Kanye speaks nakedly of character flaws and damaged relationships over shaky, forlorn beats: “I guess I get what I deserve, don’t I?” The bravado is gone, the pretense stripped away; it’s just West alone with a multitude of regrets. Suddenly, a beatific woman’s voice and heavenly harp chords float from the song’s ruins like the breath of angels, hinting at hope, peace, and a chance at forgiveness. It’s unexpected and breathtaking — a self-absorbed artist applying God-given talent and sheer force of will to express more nuanced, nobler concepts like human frailty, humility and redemption. Does West have more music like this in him ?  If so, he may one day actually make the greatest album of all time. But first, he has an even more daunting task — one we all have to attend to. He has to grow up.

This entry was posted on February 18, 2016 by Jeff Goodwin in Kanye West, Reviews and tagged kanye west, So Help Me God, SWISH, Taylor Swift, The Life of Pablo, Waves.